An Inside Look at High Functioning Alcoholics: Signs & Symptoms 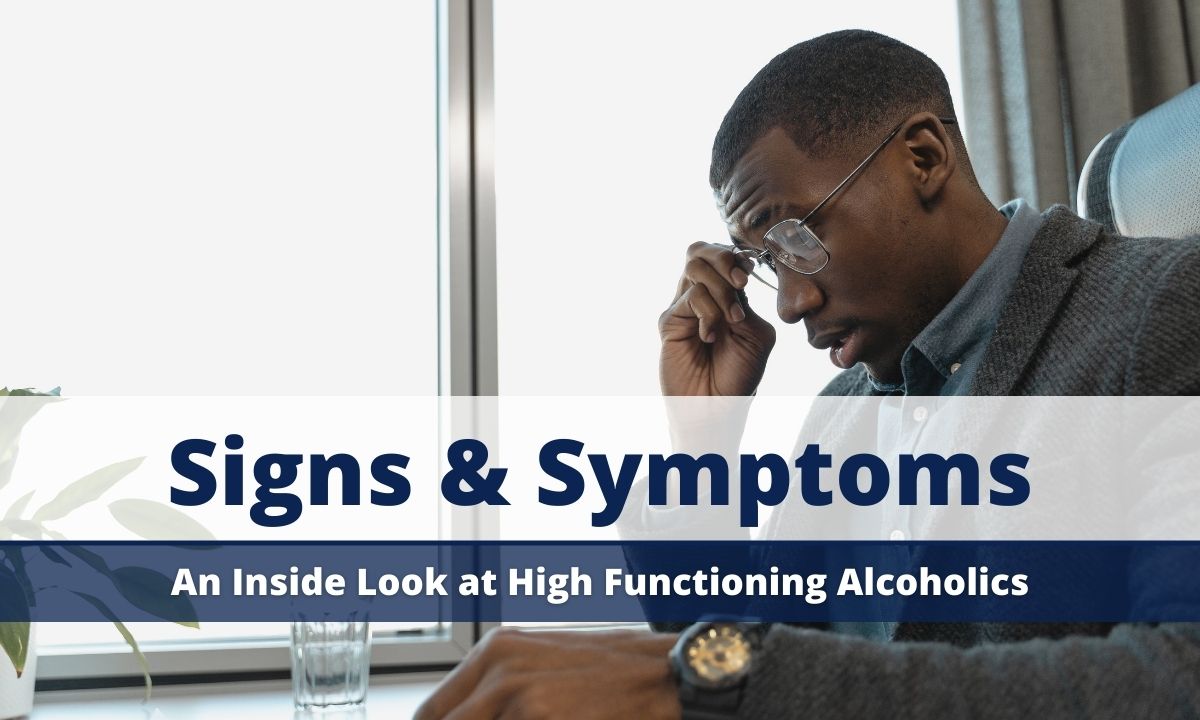 It’s one of the classic denial statements among alcoholics. “I’m a functioning alcoholic”. To an extent, it is a statement of denial for all of us. But for many of us, there is some level of truth to that statement. Not every alcoholic ends up in a tent in Old Town. Many alcoholics are able to maintain jobs or graduate college. But scratch the surface, and you soon realize that everything is not as it seems.

While obviously, it’s good to be able to hold a job and have a place to live, “high-functioning” is a misnomer. Drugs and alcohol continue to be a hindrance for us, even if we’re able to hold down a job while in the midst of our addiction. The delusion that we’re high-functioning can lead us to delay getting help, which only compounds our problems. Eventually, the façade is going to collapse.

What is a “high-functioning alcoholic”?

Put simply, a high-functioning alcoholic is someone who doesn’t see the most severe possible effects of alcoholism. On the surface, things seem to be fine. They are able to complete schooling, maintain a job, participate in social activities just enough to not raise everyone’s eyebrows, have proper hygiene, pay the bills, etc. From the outside, all signs point to them being a fully-functional person.

Maybe they are a good employee at work, or if not a “good employee”, competent enough to not get fired or disciplined. Sure, they may show up hungover some days, but they are able to accomplish their tasks on time at a passable enough level that they maintain their position. Heck, maybe they’re successful in their career despite constantly showing up to work hungover or going on benders every weekend (not likely, but possible). Maybe they’re a student in college who is able to pass their classes. They’re not valedictorian, but they’re able to pass classes and obtain a degree.

Scratch the surface, however, and you begin to see several cracks in this façade. Oftentimes there are aspects of their lives that are out of control or less than ideal. While their performance at work might keep them employed, at home there is often friction between family members. They may neglect their loved ones in order to stay home and drink. Maybe they get home from work and, instead of immediately spending some time with their kids or significant other, sneak off to another room and drink.

There was a time when I convinced myself I was a “high-functioning alcoholic”. When I was in college there came a point where I was drinking every day. Generally, I would do maintenance drinking on weekdays and go on benders every weekend. At the time, I was also passing classes (not with a super-high GPA mind you, but I was passing them) and my professors generally liked me. I also had a girlfriend during this time, and I was somehow able to hide the daily drinking from her (and get very drunk and party literally every weekend, which included Thursday nights).

On the surface, things looked fine, but they quickly fell apart. There were only so many over-the-top drunken antics that my girlfriend could take, and eventually, that relationship ended. Soon, I got into another romantic relationship, which again, would start fine (because like lots of alcoholics I mastered the craft of hiding bottles in various places) but it also fell apart due to drinking. Soon, drinking ruined several friendships, due to embarrassing incidents and them not drinking the way I did. Eventually, I ended up completely alone and was no longer functional. I was drinking every day, going on benders every weekend, nearly died from alcohol poisoning, and eventually was so beaten down that I finally surrendered.

My story is not unique. I’ve known several people in the rooms who were able to pass off as “normal” for a while. Just enough to maintain their jobs or be successful in their careers but have a home life that’s more destroyed than Georgia after William Tecumseh Sherman was through with it. One example in my own experience is someone who, like most of us, came into the rooms completely broken. But from the outside, if you didn’t know him at all, you wouldn’t guess it. He was a successful trial lawyer, but also a raging alcoholic and addict. While he didn’t lose his career, almost every other part of his life was destroyed by his addiction (side note, that man now has multiple years of sobriety). 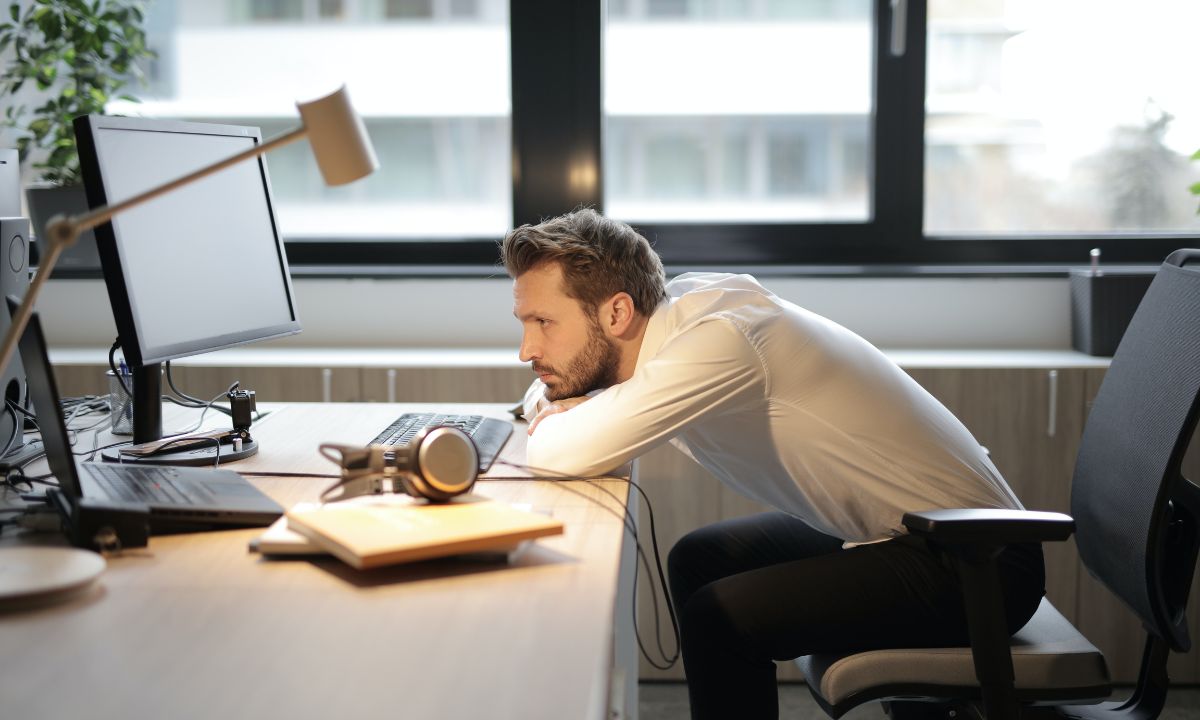 For people with high-functioning alcoholism, the symptoms might be more subtle. They include:

Obviously, since both of these are lists of symptoms of alcoholism, there is a lot of overlap. But you’ll notice that, for the most part, the symptoms of high-functioning alcoholism are more subtle. That’s because, as we’ve basically implied above, “high-functioning” really just means that you are able to hide your drinking by putting up a façade of a fully functional life. Oftentimes, “high-functioning” is just used to downplay a serious drinking problem and avoid having to change. Because hey, why should I change, I’m “high-functioning”. This can be very dangerous, which we’ll discuss in the next section. 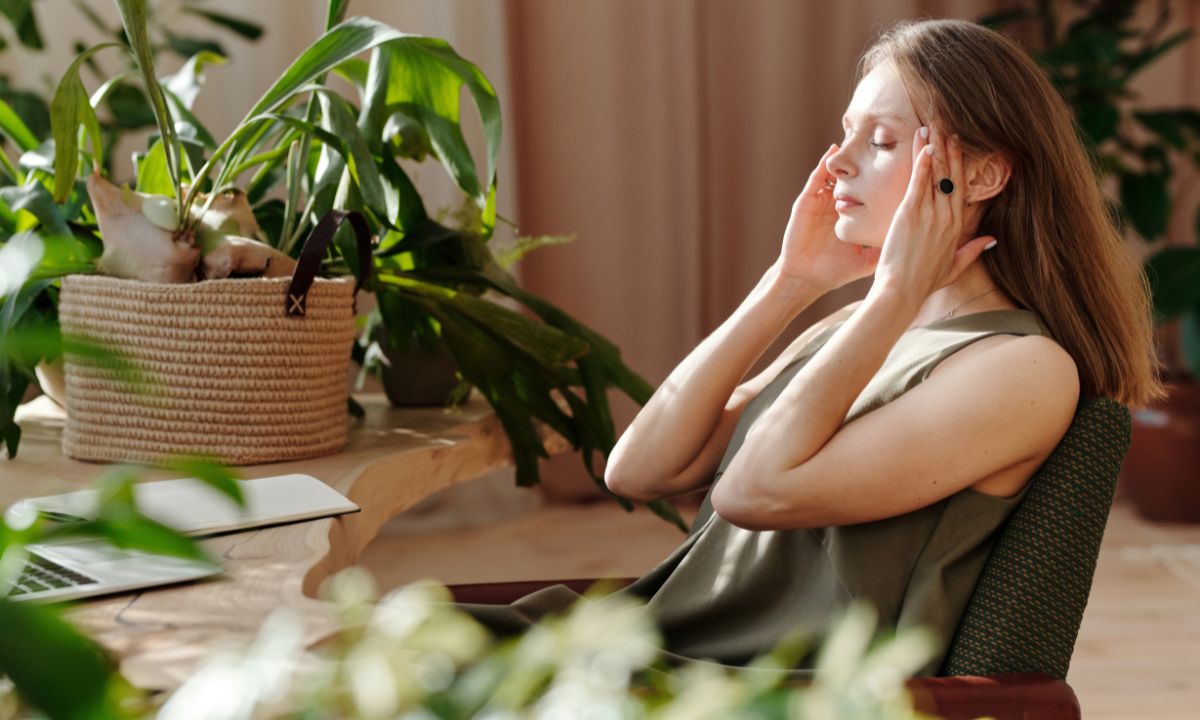 The Dangers of High-Functioning Alcoholism

Going back to the personal example above, when I was in the midst of my addiction, it became clear at some point that I wasn’t drinking like everyone else. Apparently, as I found out, most people don’t hide alcohol under their bed, wake up and drink, drink every day, etc. Soon, as everyone in my life was pushed away to make room for my precious alcohol, I had to make some concessions. Instead of admitting I was powerless over alcohol and that my life had become unmanageable, I made the excuse that I’m “high-functioning”.

My qualification for being “high-functioning”: I wasn’t homeless, hadn’t flunked out of college, and hadn’t been fired from any jobs. Never mind the fact that I had no one left in my life who wanted to spend time with me, my family was worried about me, my apartment was constantly a mess, I drank every day, and I had barely held onto jobs (one of which I left before I could get fired, minor detail there), etc. I wasn’t homeless; therefore, I was high functioning. If you’re thinking those are impressive mental gymnastics, let me remind you that I am an alcoholic, so mental gymnastics to justify my drinking came naturally (along with forming resentments).

Someone could be deep in their addiction, with home life in peril, with family relationships strained, yet cling to the fact that they are able to keep a job and pay their bills to justify them continuing to drink. “Hey, I’m high-functioning, the people who need help are the ones out on the street drinking vodka out of a bottle inside a paper bag”. This form of denial can lead to delaying seeking help, leading to their personal lives being more devastated than Kansas in the 1850s. Side note, the president during that time was Franklin Pierce, a doughface who was definitely an alcoholic and was not functional during his administration (he also probably had the most tragic life story of any president).

At the risk of me going into a long tangent about presidential history, let’s move on. 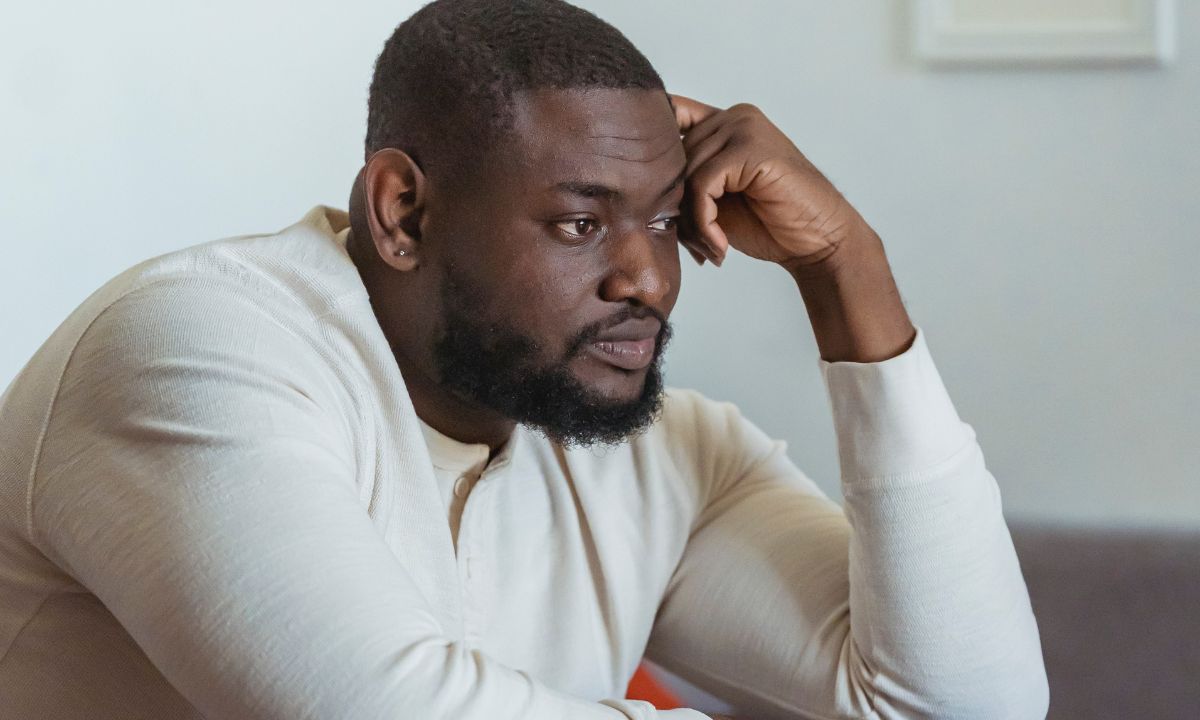 When the Denial Finally Ends

Alcoholics can go on for years without admitting they have a problem. I burned out quickly and started my current run of sobriety when I was 23 (I’m going to be 31 in a few weeks). I’ve seen people in their 50s and 60s walk into the rooms for the first time. People from all walks of life. Oftentimes people can skate by in their addiction for a long time.

Generally, it takes either a major incident or a series of incidents for them to finally get into the rooms. Things that can lead to “high-functioning alcoholics” seeking recovery include:

Obviously, that list is not comprehensive. While in this article we’ve talked about how people can skate by in denial of their addiction because they haven’t lost many things, there is always hope. The door to recovery is always open.

When you or your loved one decides they need help, OTR is here. Our programs can give you a strong foothold in recovery, allowing you to be a genuinely high-functioning human being.

We can help!
Contact Us Today
Find Treatment for Yourself
Get Help for a Loved One
Get More Information
Verify Your Insurance