How to Tell if Someone is on Drugs (and Which Ones) 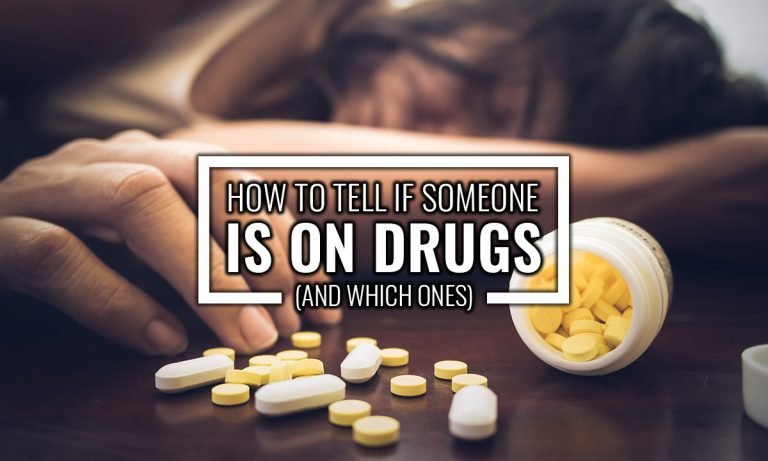 Are you worried about someone you care for, but you’re not sure how to tell whether they have a problem? It can be hard to know how to tell if someone is on drugs and what signs to look for when you suspect a family member or friend is struggling with chemical dependency.

Thankfully, there are some trusted ways to tell if someone you love is on drugs. There are even signs that can indicate which drug(s) they may be abusing.

Does Your Loved One Have a Problem?

Drug addiction is a disease that impacts brain functioning and behavior in fundamental ways. Over time, repeated use of an addictive substance can lead to an inability to stop using the drug, causing noticeable changes in priorities, behavior, and appearance.

While the signs and symptoms associated with drug use vary depending on the drug, there are some general behavioral changes to look for that can help you determine whether or not your friend or family member might be struggling with chemical dependency.

Here are some of the common signs that your loved one may be using drugs:

Signs of Meth Use

Methamphetamine is a psychostimulant that is most frequently used recreationally. It can be snorted, swallowed, injected, or smoked, and elicits a powerful temporary response or “high” in the user, characterized by increased activity of neurotransmitters in the brain such as dopamine and serotonin.

Other names used to refer to meth include “crystal,” “ice,” “blue,” and “speed.” The mood and energy changes caused by using meth can often last for 2-3 days if someone doesn’t have a tolerance, but the impact of the drug on the physical and psychological well-being of the user are significant, and there are some telltale signs to look for in a loved one that can indicate they’re using meth.

Here are some of the noticeable signs of meth use:

Signs of Cocaine Use

Cocaine is a stimulant drug that commonly appears as a fine, crystal-like white powder. Made from the South American coca plant, drug dealers often mix it with other powdery substances like talcum powder or flour, or even other drugs like amphetamine or synthetic opioids, in order to increase profits. This makes cocaine an especially dangerous drug for users, since they may not know what additives are mixed in.

Cocaine is most frequently snorted or rubbed into the gums, although it’s also sometimes injected or even smoked after being processed into a rock crystal form known as “crack.”

The immediate effects of cocaine, which include extreme energy, alertness, and hypersensitivity, are fleeting. The impact it has on the dopamine neurotransmitter system in the brain strongly encourages repetitive and more frequent use — a recipe for addiction.

Here are some of the most common signs of cocaine use:

Signs of Heroin Use

Opioids, the class of drugs that includes heroin, are the primary driver of overdose deaths in the United States. Heroin, synthetic opioids, and prescription pain relievers like oxycodone, codeine, and morphine are designed to bind to opioid receptors in the brain and impact the pain and pleasure centers.

Heroin typically either appears as a white or brown powdery substance or as a black sticky paste called “tar heroin.” Users may inject, sniff, snort, or smoke the drug, while others may take prescription opioids in pill form.

In addition to the risk of overdose, it’s common for heroin to contain additives like sugar or starch that may clog blood vessels and lead to permanent organ damage when the substance is injected. There is also a risk of contracting infectious diseases from sharing needles, including hepatitis or HIV (this is true for all users who inject drugs).

Look for the following signs and symptoms if you suspect a loved one may be suffering from a heroin or other opioid addiction:

Because alcohol is a legally available substance in the United States, used by many people on a regular basis to socialize, relax, or celebrate, it can be especially difficult to determine whether or not someone you care about has a problem with alcohol.

Despite its legal status, alcohol abuse is a serious concern and excessive alcohol consumption is responsible for 10% of deaths among working-age adults in the United States. Abusing alcohol may lead to the development of an alcohol use disorder, which is a brain disease characterized by the compulsive, repetitive consumption of alcoholic substances, a lack of control over how much is consumed, and negative feelings when not consuming alcohol.

So how do you know if a loved one has a problem with alcohol? Here are some of the most noticeable signs that they may be drinking excessively or becoming dependent: 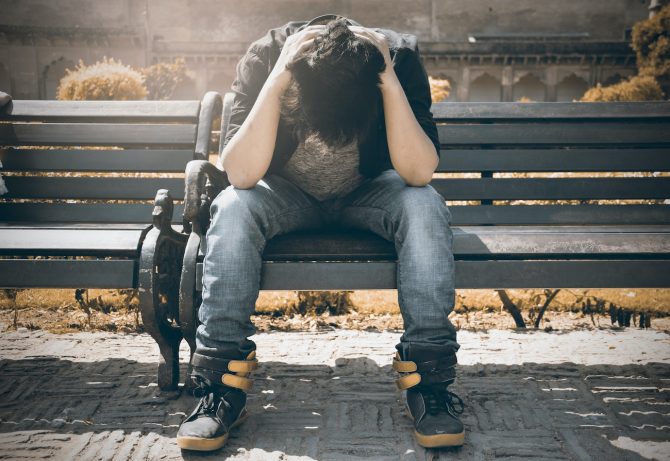 Get Help For Your Loved One

If you believe that someone in your life is using drugs or abusing alcohol, it can be difficult to know what to do, how to cope, or where to turn to get them the help they need. At Oregon Trail Recovery, we offer ethical, supportive, and effective treatment to individuals suffering from substance abuse and addiction. We are here to help you and your loved one take the first step on the road to recovery.

Contact us online or by phone at (855) 770-0577 for more information about the signs of drug and alcohol abuse and how to get help.

Prefer texting to talking on the 📱 phone? We’ve got you covered 24/7.