6 Common Mistakes in Recovery & How to Avoid Relapse 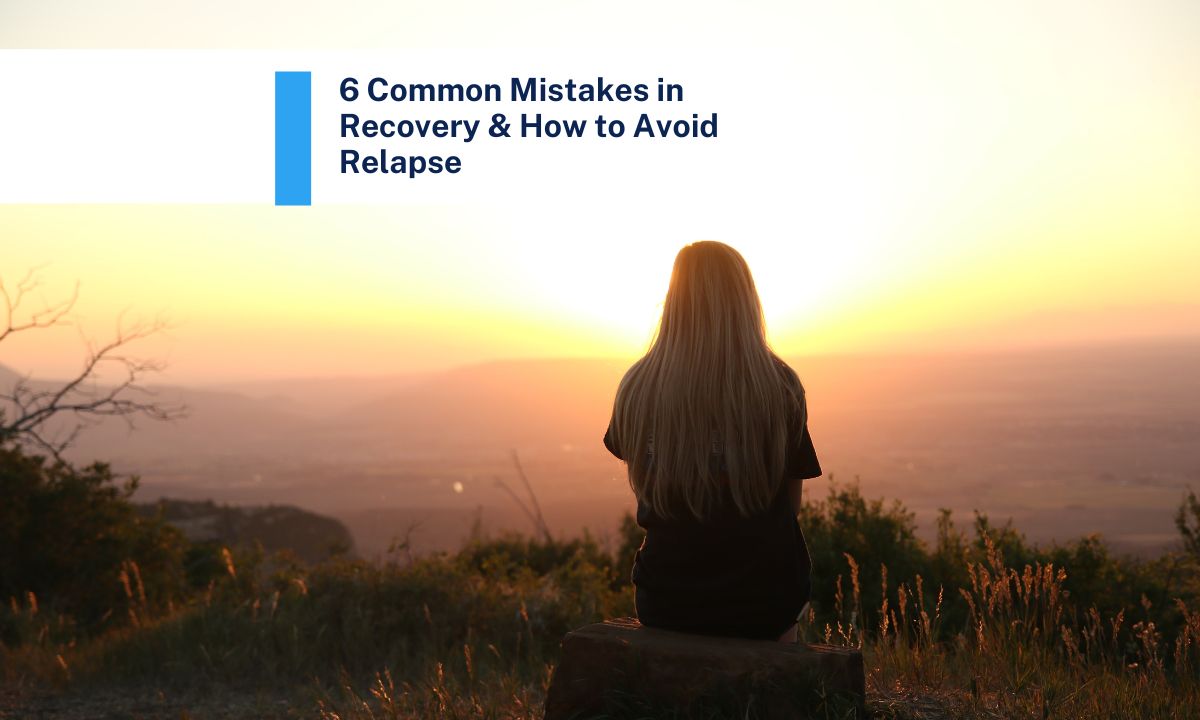 Humans make mistakes, yes, all humans, including alcoholics and addicts. If you’re an alcoholic or addict, your addiction is likely filled with mistakes or bad decisions. When you sober up, you can still be prone to mistakes (shocking, I know). But don’t worry, there are common ways to avoid common pitfalls of early sobriety.

Since the title of this article is “6 Common Mistakes in Recovery and How to Avoid Relapse”, you’ve probably figured out that’s what will be discussed in this article.

While each alcoholic has different details to their stories and triggers, there are some common threads in terms of mistakes. Common mistakes include:

1. Not Getting a Sponsor or Working the Steps

We’ve all seen this, or maybe we’ve heard about it, or maybe we did this in early sobriety and are currently writing an article for a rehab center and drawing on our own experience about mistakes people can make in early recovery.

As that last sentence might have given away, I have experience with this particular mistake. I currently have seven years of sobriety, and in the first year of my current run of sobriety I didn’t have a sponsor or work the steps. Eventually, I reached a point where I was either going to relapse or get a sponsor and do the work. Thankfully, I chose to get a sponsor and work through the steps, which is where I got serenity and emotional sobriety.

2. Not Going to Any Meetings or Support Group

There’s a reason the phrase “meeting makers make it” is a common phrase, while “eh, you only need to go to like, a meeting every couple weeks or something, whatever” isn’t. The cliched statements in AA/NA are cliched because they are true. Meetings give you a chance to be surrounded by supportive people who understand how your addict/alcoholic brain works. This type of comradery is invaluable, especially if you are new in recovery.

Okay that title is a metaphor using that common idiom (though you shouldn’t go around playing with actual fire either, that’s not what this article is about). “Playing with fire” refers to putting yourself in situations where you can be easily triggered to drink or use. If you would drink and use at nightclubs, stay away from nightclubs during your early sobriety. If you would sit in the Timbers Army section at Timbers game and get drunk, maybe sit in a different section of the stadium. If you drank a bottle or two of wine every night, you probably shouldn’t go tour a winery.

There’s an old saying that if you sit in a barber shop long enough, eventually you’re going to get a haircut. The same applies to hanging out in places you frequently drank/used. This doesn’t mean you can never go to these places again for the rest of eternity, just avoid going to them in early recovery.

Ego can be the downfall of any alcoholic/addict (or non-alcoholic/addict for that matter). The feeling of “I got this” or “I don’t need the help of any program”. That line of thinking can easily lead into “I can take just one drink and be fine”, which, if you’re an alcoholic/addict, will not be fine.

5. 13th Stepping and Searching for Dates in the Program

You may have heard the term “13th stepping”. The 13th step specifically refers to when someone established in recovery approaches a newcomer with hopes that go far beyond friendship. This ventures beyond simple mistake and into plainly manipulative behavior. As newcomers are already vulnerable, this can cause serious harm. Most groups and facilities have safety measures to deal with these issues. 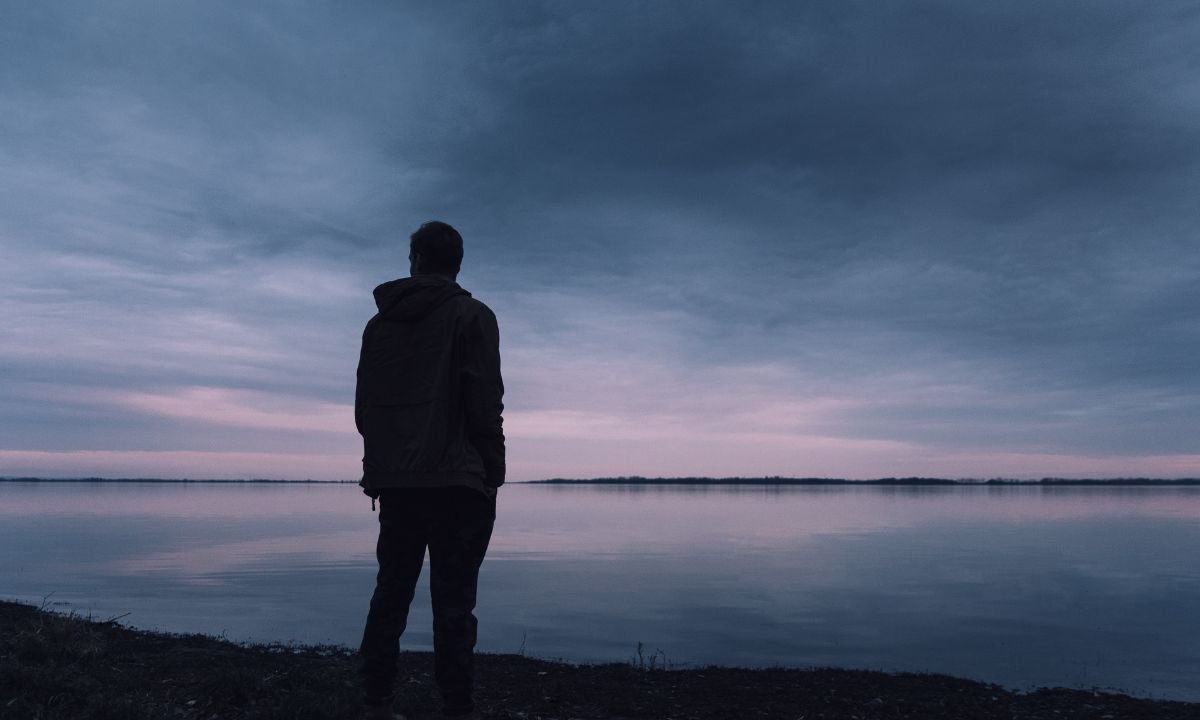 Mistakes in early sobriety can lead to relapse, which we’ve discussed at length in previous articles. Another result of the aforementioned mistakes is white-knuckling, aka (dry-drunk). Essentially, when you are a dry-drunk, you still have the resentments, bad habits, negativity and emotional baggage that led you to drink/use without support or professional help. Take it from me, being a dry drunk is miserable.

As I mentioned above, for the first year of my current run of sobriety, I didn’t have a sponsor, didn’t work the steps and never spoke during meetings. One year in, I was absolutely miserable. I still felt alone, and I was still carrying the guilt, resentments, and emotional baggage of my addiction. I didn’t get serenity and emotional sobriety until I worked through the steps.

We’re not asking you to do recovery perfectly. No one in the history of AA, NA or any other recovery program has done this perfectly. What we can do is tell you how to avoid the common pitfalls of early sobriety. If you’ve read the advice in these blog posts, you’ll probably sense a pattern here.

The Big Book describes the comradery of AA/NA better than I could: “there exists among us a fellowship, a friendliness, and an understanding which is indescribably wonderful. We are like the passengers of a great liner the moment after rescue from shipwreck when camaraderie, joyousness and democracy pervade the vessel from steerage to Captain’s table … The feeling of having shared in a common peril is one element in the powerful cement which binds us.” (Big Book, pg. 17).

You should also take advantage of the phone list. Don’t worry about bothering people, they put their numbers on the phone list because they are okay with other addicts/alcoholics calling them. 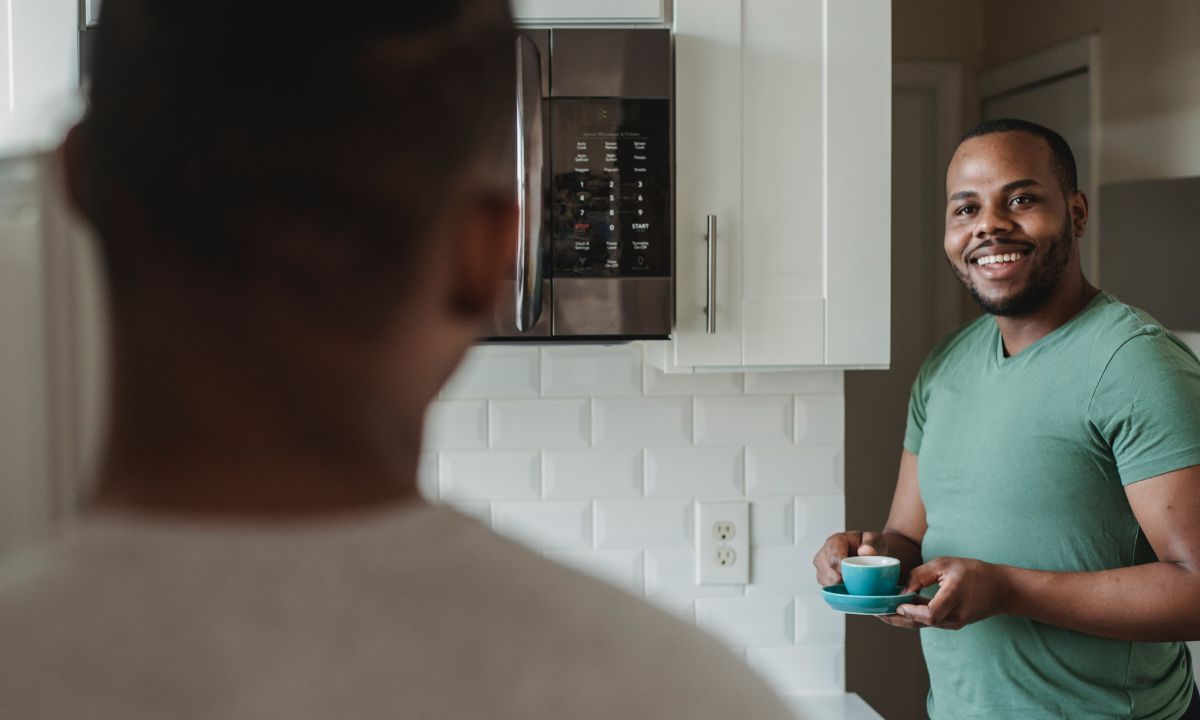 Speaking of meetings and sponsors, honesty is always a good policy. When you get called in to share in meetings, be honest about things you’re struggling with.

Go through the steps with a sponsor

A sponsor is someone you can work through the steps with, reach out to at any time, bounce ideas off of, and talk openly and honestly about your past. Their brain is wired the same way yours is, so they understand the struggles you’re going through when you’re new in sobriety.

You’ve heard me mention the steps multiple times. A general overview of the steps is:

These are steps that could help anyone, whether addict/alcoholic or “normie”. We get to work these steps and see this self-improvement happen.

Getting a strong foothold in recovery improves your chances of avoiding the pitfalls of these mistakes. OTR can help you in all aspects of early recovery, from detox, to therapy, to sober housing, to service and meeting attendance.