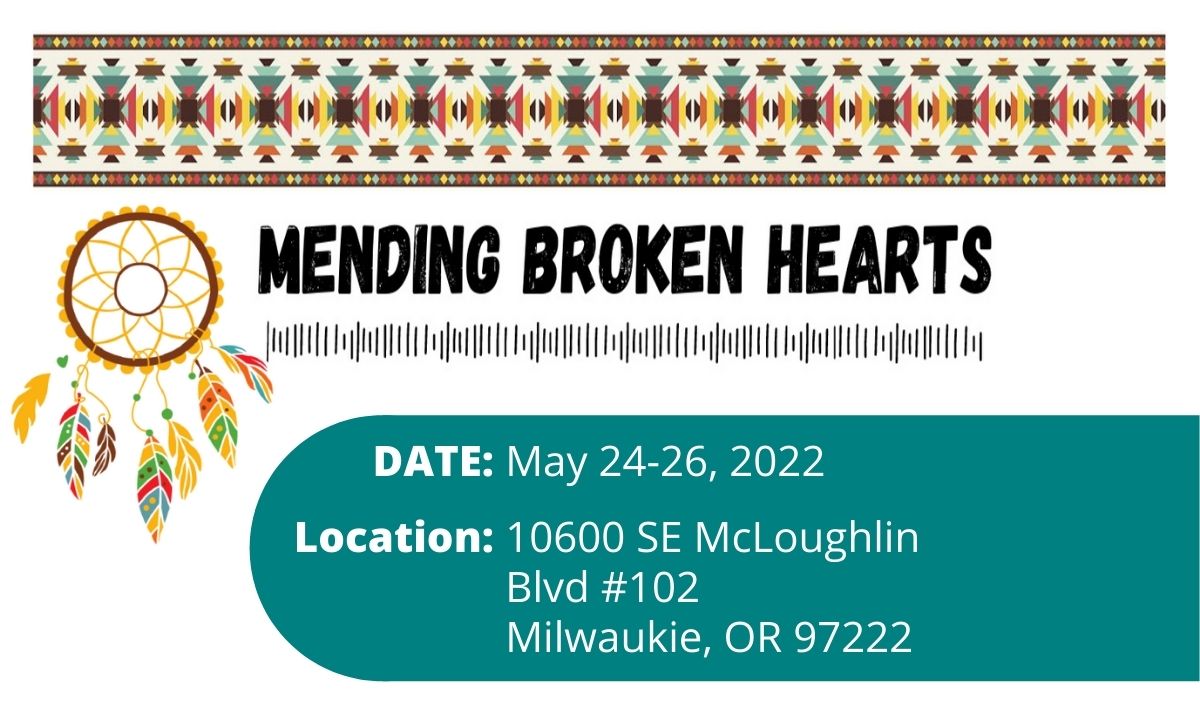 On the weekend of May 24-26, White Bison, a non-profit with a mission to heal Native American communities and facilitate the “Wellbriety Movement”, is hosting a teaching session centered around healing the Native American recovery movement. This is a fantastic opportunity for Natives and non-Natives alike to learn about the tumultuous history Natives have faced and develop the capacity to heal from the unresolved grief and loss of that past.

It’s no secret that Native Americans are among the most affected groups by addiction, and if you have even a passing knowledge of US history it’s not that hard to figure out some of the root causes. The mistreatment of indigenous populations dates to long before the United States became a country. In fact, it dates to before Juan Ponce De Leon claimed Florida for Spain in 1513, and before Pedro Menendez de Alaves and his men became the first Europeans to officially colonize what is now the United States of America in 1565, when they landed and founded St. Augustine, FL.

In 1492, Columbus landed in what is now the Bahamas while on an expedition to find a shorter route to Asia (quick side note, we’ve known the earth was round since at least 1200 BC, so everyone at that time was well-aware that the earth was round). Columbus was brutal towards the natives, and his brutality was made worse by the fact that him and other European settlers brought over diseases like smallpox, influenza, and measles, which the natives had absolutely no immunity to whatsoever due to thousands of years of geographic isolation. Roughly 90% of the native population died from disease alone.

We could write several books about the bad treatment of the natives of the “new world” or make nit-picky points about how the Vikings were really the first Europeans to land in the Americas since they landed in Newfoundland centuries before Columbus, but that’s not the point of this.

As mentioned above, the diseases that were brought over from Europe decimated the indigenous population of North America, but it was far from the only challenge Natives faced. Throughout the history of this country, treaties were made with the natives, which were promptly violated. Battles and wars were fought against the natives. As “Manifest Destiny”, the idea that it was the God-given right of the US to stretch from coast-to-coast took hold, Natives were kicked off any land white settlers wanted for themselves.

In 1830, then-President Andrew Jackson signed the Indian Removal Act, which forced Native Americans across the southeast from their land and pushed them westward. The move westward became known as the “Trail of Tears” as thousands of Natives died on the move west. In 1832, the Supreme Court ruled that the removal of the natives from their land was illegal, but President Jackson didn’t care, and even challenged them to enforce the ruling (spoiler, they didn’t).

In 1890, American soldiers massacred natives at Wounded Knee (which would later be known as the Wounded Knee Massacre), and then-president Benjamin Harrison handed out medals of honor to the soldiers like candy on Halloween. Speaking of Benjamin Harrison, his grandfather, William Henry Harrison, won the 1840 presidential election by capitalizing on his popularity from battles against Native Americans, most notably his defeat of Tecumseh and Tenskwatawa’s army at the Battle of Tippecanoe in 1811. Granted, William Henry Harrison was only president for 32 days before he died (legend has it he was cursed by Tenskwatawa), but he still used his popularity from those military campaigns against the natives to get elected to office.

The scars on the native population weren’t limited to the battlefields and forced relocations. Boarding schools were established from the 17th century through the 20th century with the stated purpose of “civilizing” the native population. This was codified into law in 1819, when congress enacted the Civilization Fund Act. The law allowed the president to determine when it was necessary to “improve the habits and conditions of such Indians” to become “capable persons of good moral character”. The law also called for “teaching their [Native] children reading, writing, and arithmetic”.1

Essentially, the Act was framed as a way to give Native children an education. In reality these schools existed to force the indigenous peoples of America to assimilate, with the intention of eliminating their cultural traditions. The natives were not given a choice about sending their children to these boarding schools. They were taken from their families and placed in these schools, given English names and forced into Christianity. The students had to learn English and were not allowed to speak in their native languages. Abuse in these schools was rampant and living conditions were often appalling. Ultimately, thousands of indigenous children would end up dying in these schools.

As you can imagine, the impact of these schools is still felt in the native communities.

White Bison and the Wellbriety Movement

As we’ve mentioned, addiction has deeply impacted indigenous communities in the United States (and across the world). Wellbriety was born out of this need. The program is based on the principles of 12 step fellowships while being rooted in Native American traditions. It incorporates sober living, balanced wellness (mental, spiritual, and emotional) natural laws and cultural traditions.

The “Well” in Wellbriety is the inspiration to go on beyond sobriety and recovery, committing to a life of wellness and healing every day.

Wellbriety isn’t exclusively for Natives, anyone of any cultural and ethnic background can take part in Wellbriety.

We at Oregon Trail Recovery, LLC. are fully committed to making our program your last treatment experience. Our dedicated team of addiction treatment specialists will be there step by step to educate and empower each client.

If you have any questions about Oregon Trail Recovery, please feel free to contact us: Ben@oregontrailrecovery.com or call us 844-692-7528.